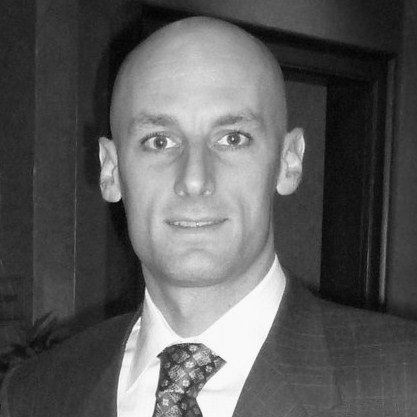 Licensed in California, Nevada, and Utah, Jeremy Delicino graduated with honors in Italian literature from Yale University in 1998. After working for Roche Pharmaceuticals in Milan, he returned to the United States and received his juris doctorate from UCLA in 2003. Since that time, Jeremy has concentrated his practice on the representation of individuals and companies faced with criminal charges or potential investigations.

Jeremy was the youngest lawyer in Utah to be named a Rising Star by Super Lawyers Magazine just three years after graduating from law school. A few years later, he was named a Super Lawyer for the Mountain States region, an honor he has received annually for the last seven years. In addition, Jeremy was the youngest member selected to serve on the Utah Supreme Court’s Criminal Rules Committee, serving alongside prosecutors and judges to consider proposed amendments to the Utah Rules of Criminal Procedure.

Jeremy has lectured frequently on criminal justice issues, first lecturing on the United States Sentencing Guidelines to CJA attorneys only two years after finishing law school. He has since lectured on a wide range of criminal justice issues on behalf of the National Organization for the Reform of Marijuana Laws (NORML), the Utah Association of Criminal Defense Lawyers (UACDL), the Utah State Bar, and the Utah Criminal Justice Act panel. Jeremy has also been a guest lecturer at the University of Utah School of Law, and he will be teaching courses this fall at law schools in Ukraine.

An experienced trial lawyer, Jeremy has obtained acquittals in city, state, and federal courts on cases ranging from minor misdemeanors to capital homicide. In 2012, he was counsel in a highly publicized death penalty case involving allegations that his client murdered a female police officer with an AK-47. Despite an alleged confession, Jeremy’s client was acquitted of murder on the first day of jury deliberations. Weeks after that victory, Jeremy convinced the Salt Lake County District Attorney’s Office to dismiss a murder case against another client that had been pending since before Jeremy had finished law school.

Although most of his cases are at the trial court level, Jeremy is also an experienced appellate practitioner. In addition to prevailing on a host of appeals in the Ninth and Tenth Circuits, Jeremy won an appeal before the en banc Tenth Circuit in 2015. Notably, the appeal was decided 10-1 in the defendant’s favor and was authored by now United States Supreme Court Justice Neil Gorsuch. The appellate victory is believed to be the only en banc defense win from Utah in at least the last two decades. In his Senate disclosure forms submitted in connection with his confirmation hearings, Justice Gorsuch listed the Rentz case as one of the ten most significant decisions he issued as an appellate judge.

Jeremy was recently elected to serve as an Affiliate Representative for the National Association of Criminal Defense Lawyers. In this position, he will represent the Northeast affiliates of NACDL. In addition, Jeremy is a life member of NACDL, the California Attorneys for Criminal Justice, and NORML. He is also a member of UACDL, and is admitted to practice in the states of California, Nevada, and Utah.